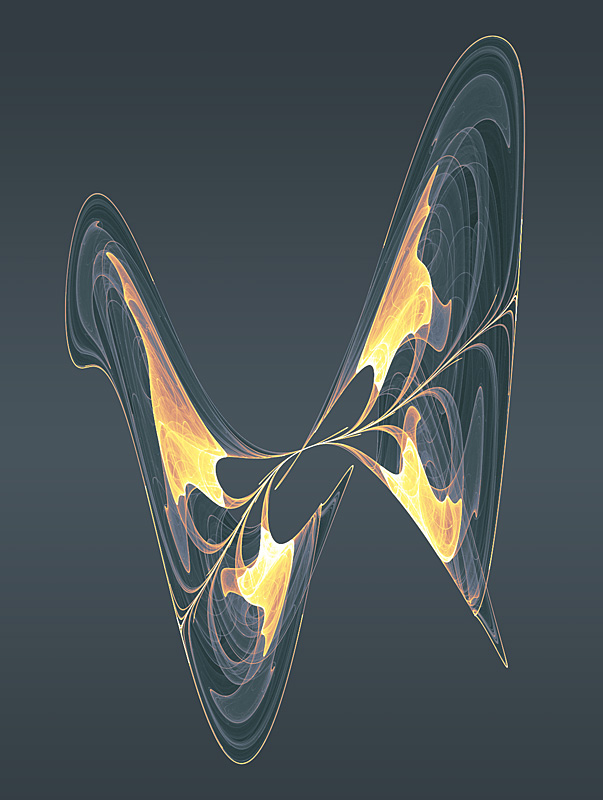 Besides the fact that this attractor looks like an abstract butterfly, the title of the piece is an homage to Edward Lorenz, a pioneer of chaos theory. As Michael Cross, professor of theoretical physics at Caltech writes:

The “Butterfly Effect” is often ascribed to Lorenz. In a paper in 1963 given to the New York Academy of Sciences he remarks:

One meteorologist remarked that if the theory were correct, one flap of a seagull’s wings would be enough to alter the course of the weather forever.

By the time of his talk at the December 1972 meeting of the American Association for the Advancement of Science in Washington, D.C. the sea gull had evolved into the more poetic butterfly – the title of his talk was:

Predictability: Does the Flap of a Butterfly’s Wings in Brazil set off a Tornado in Texas?

Most people have heard of the “butterfly effect” and the idea that the weather is a chaotic system with sensitive dependence on initial conditions, which is what makes it so darn hard to predict 😉

It’s a quick jump from this popular understanding of chaos theory to playing with the Lorentz Attractor and learning a bit more about the math and science behind it.