A mix of video sources and real-time generative effects were combined and projected onto a pipe organ to accompany a selection of “spooky” organ music for an informal evening length Halloween concert.

Pari Intervallo by Arvo Part was visually interpreted as a snowy graveyard where silhouettes appear, walk through the scene for a few moments, and fade away. Apparition de l’Eglise Eternal by Olivier Messiaen, which contains massive chords that produce a wall of sound, was visually accompanied by large slabs of stone falling down and collecting in the space occupied by the organ pipes. 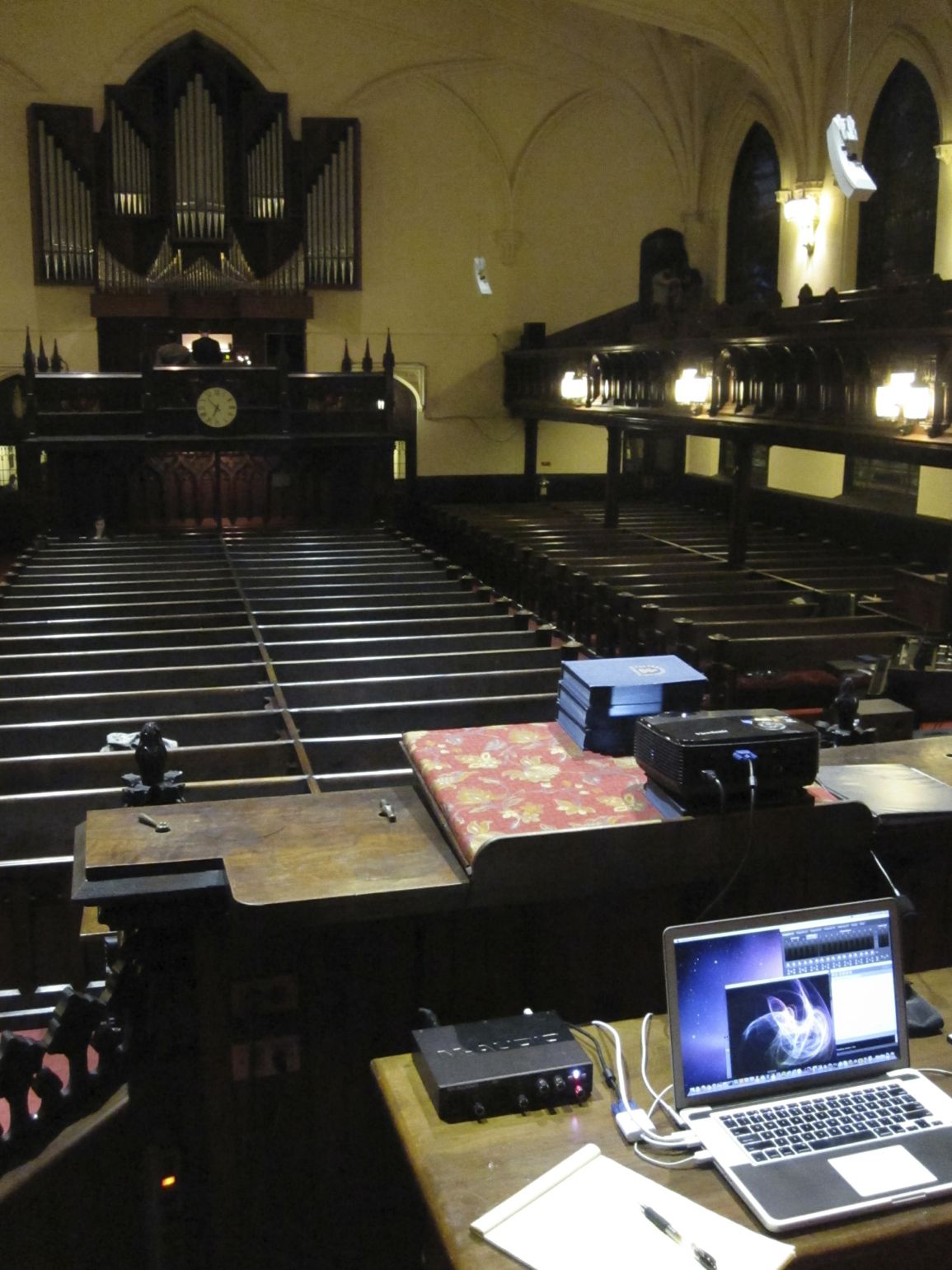 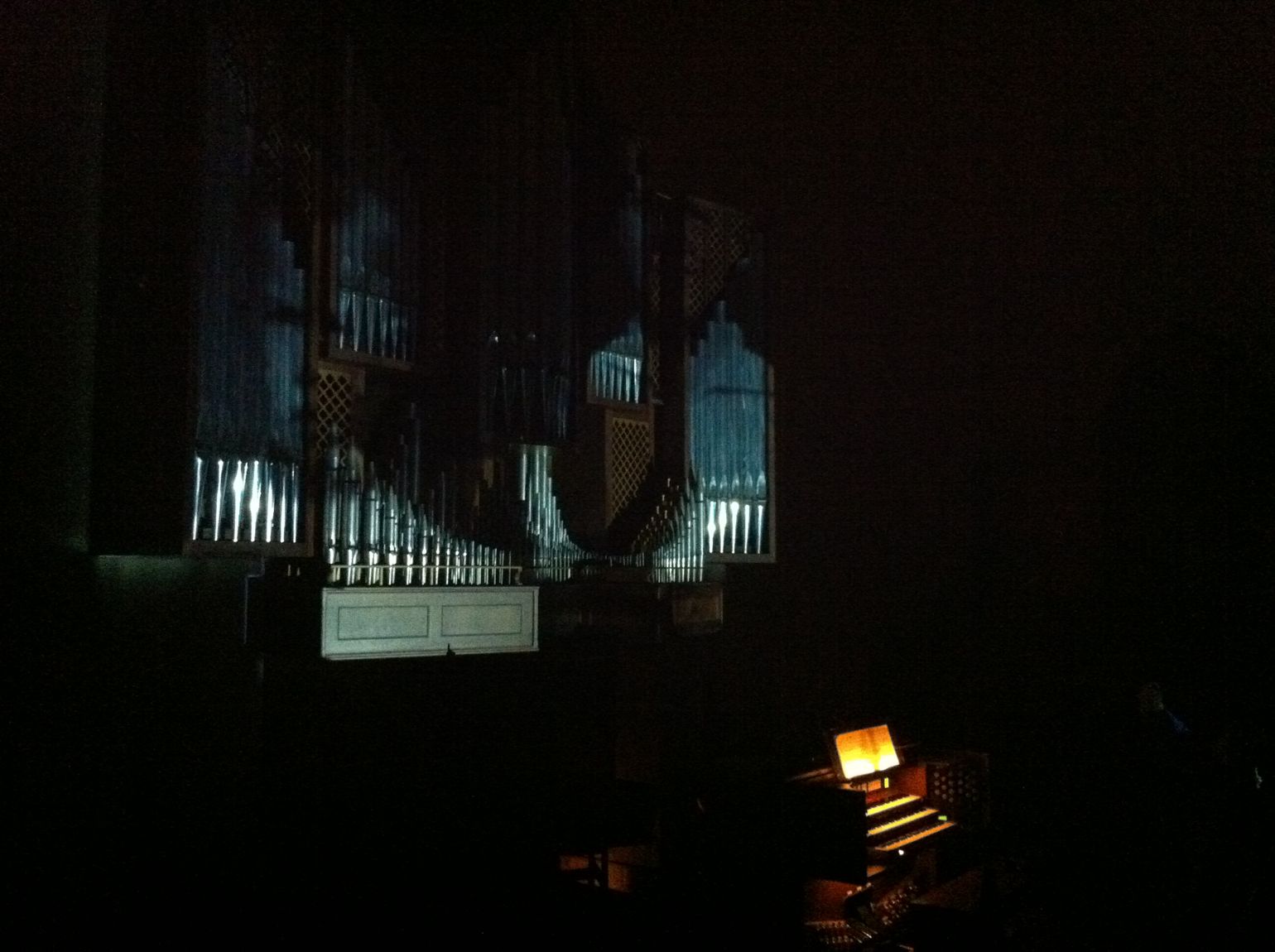